Step Up in Style. The March for Babies has gone virtual this year. Moms and babies need you now more than ever. Mullen Jewelers is honoring moms and babies by donating $5 from the sale of each bracelet in this collection to the 2020 March for Babies Team Mullen Miracles, in support of our twins that were born prematurely.

March for Babies is going VIRTUAL

Social distancing can't stop us from fighting for healthy moms and babies who need us now more than ever. During this time of urgency given the COVID-19 pandemic, the need for March for Babies to Step Up! its support is even more critical. Babies can’t wait. Moms can’t wait.

Join Patti Mullen on Facebook, and Thank you for Stepping Up for moms and babies! 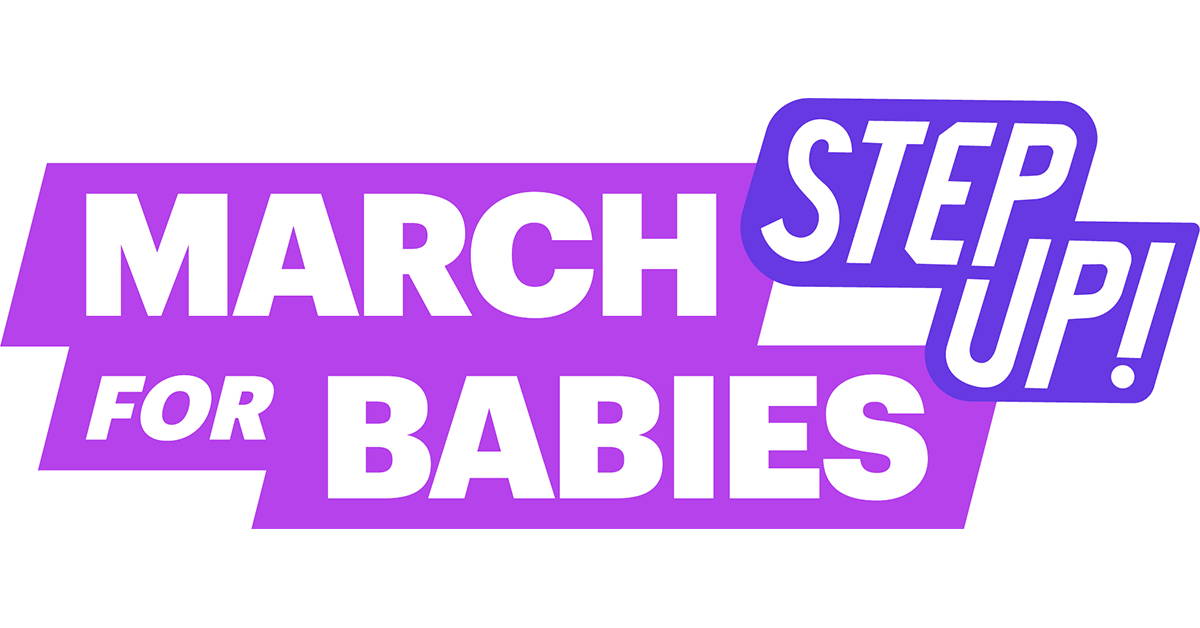 Step Up in Style. The March for Babies has gone virtual this year. Moms and babies need you now more than ever. Mullen Jewelers is honoring moms and babies by donating $5 from the sale of each of the 3 purple bead bracelets in this collection to the 2020 March for Babies Team Mullen Miracles, in support of our twins that were born prematurely.

During the COVID-19 pandemic our medical system is being tested as never before. Under normal circumstances, two babies die every hour in the U.S. And about every 12 hours a woman dies as a result of complications from pregnancy. There has never been a more important time for all of us to step up. Let's do it in style.

Team Captains raising over $1,000 for their March for Babies Team will get a Purple Jade Stacker bracelet, as our thank you for helping Moms and Babies. Email patti@mullenjewelers.com for more info.

STEP UP IN STYLE - BUY YOUR BRACELET TODAY

Every day, thousands of babies are born too soon, too small and often very sick.

Bob and Patti Mullen, III were already parents to 4 year old Jack, and were thrilled to be expecting twins after experiencing secondary infertility. Then, at only 26 weeks into our pregnancy, at a routine ultrasound, we were told that Baby A and Baby B were no longer getting enough support from the placenta to grow. The following day, January 31, 2013, we were admitted to Women and Infants Hospital. Both babies were diagnosed with IUGR - Intrauterine Growth Restriction, complicated by Negative End Diastolic Flow, a condition that impacts the amount of oxygen and nutrients that they are getting from the umbilical cord and significantly impacts their ability to grow and develop. We were blessed to get the best medical care, and Benjamin and Parker entered the world on February 10, 2013. Parker (2lbs 3oz) and Benjamin (1lb 13oz) would spend 85 days in the NICU before joining us at home on May 5, 2013.

3 years later, Patti developed severe preeclampsia at 36 weeks, and Alice was born via emergency C-Section, and requiring a NICU stay once again. This time was a short term stay, and Alice came home after 5 days.

It's not fine that the U.S. is among the most dangerous developed nations in which to give birth. But together we can do something about it. When you March for Babies you stand with thousands of people across the country who share your commitment to be there for every family - those who had first-hand hardships, those celebrating their health and those just trying to start their families.

You raise funds and awareness to help us research to find solutions and advocate for policies that prioritize mom and baby health.